In the longer term, Google has a five-year project to map the entire ocean floor using an unmanned seagoing sensor, whose accuracy -- within "a few centimers" might discover the resting places of top-secret spy satellites and other sunken wreckage national security authorities had thought was hidden forever, potentially triggering a "treasure hunt" by foreign powers, Jones warned. "ONR [Office of Naval Research] had done research on this but they had run out of funding," Jones said. So Google tracked down 17 people who had worked on the project before their contracts were cancelled, hired them, and has restarted the initiative itself. "The Navy's tested it, it works great; [but] they got too poor. They just couldn't do it," said Jones, himself the proud son of a Navy sailor. "That's just not right."
http://defense.aol.com/2012/05/17/google-satellites-can-track-every-ship-at-sea-including-us-na/
Posted by Blue Ledge Systems Inc. at 3:22 PM No comments:

The St. Louis was built in 1864 by Peck & Masters in Cleveland Ohio.  She was originally configured with 2 decks, one mast and listed to have a single screw propeller.  From 1864 to 1906 she was used in commerce on the Great Lakes and was owned by several different companies. Her owner in 1906, International Paper Company of Niagara Falls, rebuilt her at Tonawanda, N.Y. as a single mast tow barge of 588 tons. Her single cylinder steam engine, boiler and propeller were removed at that time. Marine record lists her as being stranded at Cape Vincent on February 18th, 1914. Her documents were surrendered and listed her as a total loss. On August 19th, 1922 it ﻿﻿was noted in the local newspaper that the fire department responded to a fire on the St. Louis.   (From "Dive the Thousand Islands") 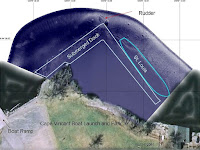 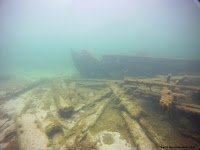 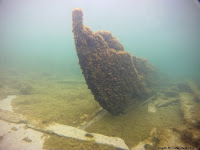 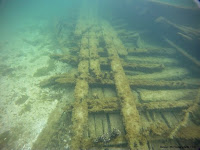 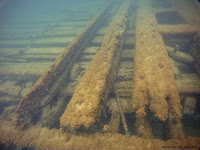 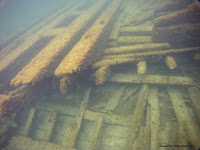 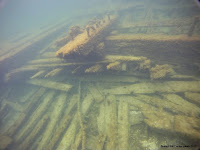 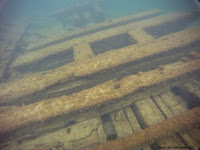